The Oktoberfest gods smiled down upon us yesterday. When we woke up it was pouring down with rain and I was devastated that it would be too cold to wear my dirndl. But very gradually, the rain abated and the blue skies prevailed. It was still a little chilly, but hey, sometimes you have to suffer for your art! 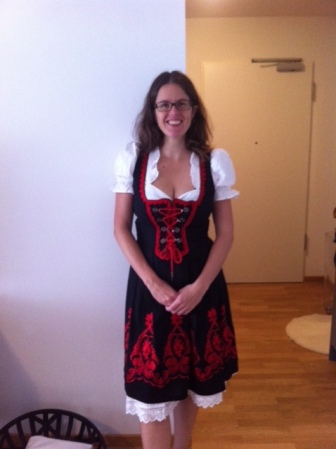 Yes, I did go out in public like this! You know what they say, “When in München…”

So off we went to Oktoberfest. It was like nothing I’d imagined. A big fairground with food stalls, shriek-inducing rides, kids running around, girls in dirndls, men in Lederhosen, and beer! Lots and lots of beer! What was really wonderful is how everyone gets into the Oktoberfest spirit. I had been prepared to feel like a weirdo wearing the regional costume, but I think I would have stood out more if I hadn’t worn it. I’d say 85% of all women (between the ages of newborn and 90) were wearing them. And I was a bit sad that David hadn’t been swept up in the hoopla (like the other 70% of dudes), and bought himself a handsome pair of Lederhosen to wear. Oh well. Maybe next time? 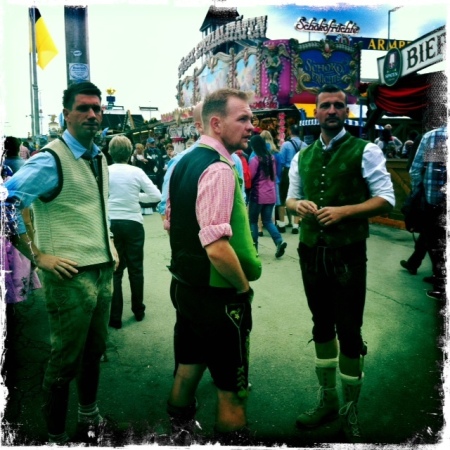 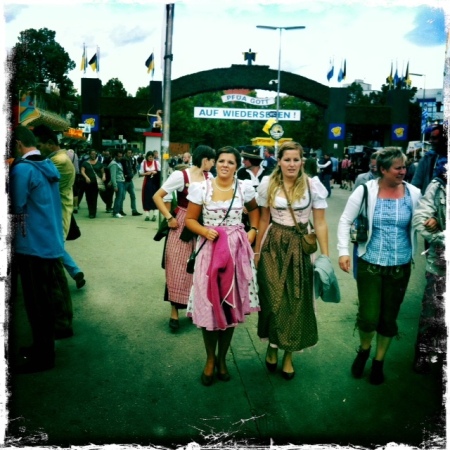 …. checking out girls in Dirndls. 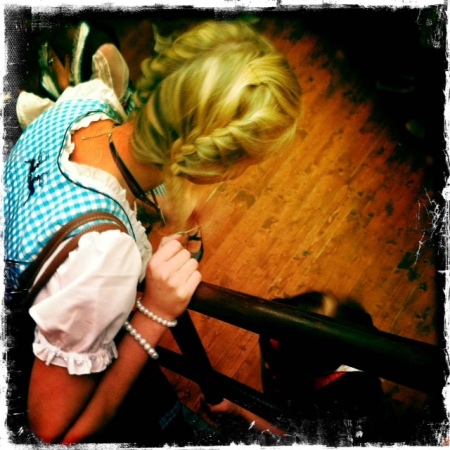 Heidi, is that you? 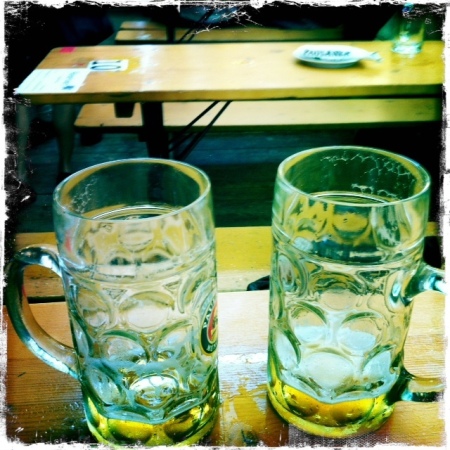 I don’t even like beer that much but when you’re at Oktoberfest you’d be ridiculous not to drink it. And yes, those are 1 litre maß (jugs)!!!! 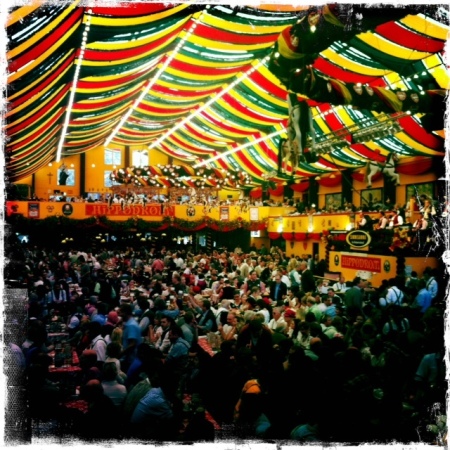 The tents were absolutely jam packed. Punters happily squeezed onto benches designed to fit half as many people. 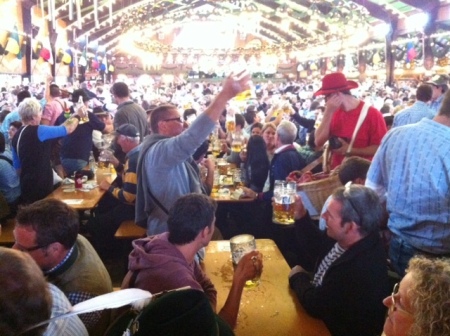 Every time the band played a song (which I’ve translated as being something along the lines of, “Beer, beer beer, beer, beer beer beer!) the entire tent would erupt into cheers and shouts and everyone would clink their steins. It was fun!