The other day I tried to write a short story. And I couldn’t do it. I wasn’t suffering from writer’s block – I knew the premise of the story. I knew what I wanted to say. I simply couldn’t put the words together in the right way in order to say it. The words spewed out of me in convulsions, inking themselves on the page in fractured, childish sentences. I persevered. A couple of hours later (a period long enough for the muse to flirt with me at least a little, usually leaving me with something of value to take home) all I had to show for my efforts were big black X’s scribbled all over the page, obliterating the crap that had disgorged from my pen. I was embarrassed by what I saw. I could not write a story.

I tried to remember the last time I wrote a completely new short story and realised it’s been over a year.

I recently went to a session of the Dubai Writer’s Group, a collective of writers that meets in a downtown café to critique each other’s work and, on alternate weeks, hold writing sessions. I went because it was one of my goals for 2015 to attend at least one of these sessions a month. I work better under some pressure and setting goals like this usually works for me (or, at least it has for this ejo which I’ve been publishing monthly since December 2010).

Because we were out of the country for most of January I couldn’t attend any of the writing workshops – so I signed up for a critique session instead. I submitted my story “Jackie” (yep, the one I wrote last year), and I will be the first to put my hand up right now and admit that this was a big fat cheat. The story was complete and didn’t need feedback. It had been edited and rewritten several times, and it was done. But I had to submit something and, sadly, it was the most recent piece of fiction I’d produced.

I won’t say I didn’t get anything out of the other writers’ evaluations of my work. A lot of what they said was actually a bit of an ego boost for me, and the criticism the piece garnered had more to do with the readers being unsatisfied and wanting to know more. I took that as a compliment. A couple of them said it was a good starting point for a novel. All very flattering. But did it achieve the goal I’d wanted? No. I’d promised myself I would go to those meetings in order to provide me with more motivation to write. And from the very first session I had already failed, because I’d failed to write something new.

In February I registered for one of the writing sessions, hoping that this would be a more successful venture, though my interest was already starting to wane. The meeting was cancelled five minutes before I left the house. Despite being grateful that I didn’t have to drive 45 minutes in weekend evening traffic to the café, I felt more disappointment than relief. That was the only February session I could make, so my second attempt at fulfilling my goal was as much of a failure, if not more so, than the first. At least I had actually attended in January.

At the beginning of March I half-heartedly checked their schedule of meetings and realised that I was rostered to work for all of them. Short of trying to swap some shifts around (no easy task) or chucking a sicky (not my stripe) I simply wouldn’t be able to attend. And that was the final straw for me. Though I can see the purpose of the Dubai Writer’s Group and how it would benefit some writers, I decided to change my goal from monthly attendance at their meetings to writing one short story a month. I figured that this, more than schlepping across town twelve times a year, would benefit my objective of writing more. And of becoming a better writer.

That is, until I actually sat down and tried to write a short story and discovered that I could no longer do so. The realisation didn’t happen right away; it was (painfully) slow to dawn. That first, difficult, attempt resulted in two or three passable paragraphs which I transcribed onto a Word document (I write fiction longhand, call me old-fashioned but I usually work better that way). The next day I had a look at my “work”, blinking with distaste as I read it. I attempted to continue what I’d started. I tried to improve it, to get it going. I truly gave it everything I had. The next three days I tried and tried and tried with the story, struggling to shape the protagonist in a way that would move the story to the place I wanted it to go. I wasn’t able to do it, and the feeling was terrible. Like I was adrift at sea, with no paddle. I thought about trashing the idea because, quite obviously, something wasn’t working with it. And it was only then that it occurred to me that perhaps it wasn’t the story that was failing, it was me. I was rusty. My writing was awkward, and inept.

I’m not good at much, and that’s OK. But I’ve always been good at writing. I’m not saying I’m amazing, but it’s an art form that I’ve always been comfortable with. Words have always been my friends – even when I’ve been blocked, they’ve still been there, only out of reach. But the words coming out now were drivel. Words had turned their back on me. Probably because I had done the same to them.

Writing these ejos every month for the last few years has been very good for my essay writing. But fiction is a whole other kettle of fish, and (let’s be honest) I’ve been neglecting my fish. Just as you can’t expect to serve up an ace or play a flawless concerto when you lay down your tennis racket or violin for a year, how was I expecting to whip up a complex, engaging, well-structured story when I hadn’t given my pen any love for twelve, long months? How very arrogant of me. Well, I have learned my lesson – the hard way. I’ve been humbled. I no longer take my ability to write for granted. I see it as a little present given to me in the crazy, random lottery of life. And I realise that I need to keep working on it. Forever. I need to keep practicing or I’ll lose it. And that would truly be very sad for me. 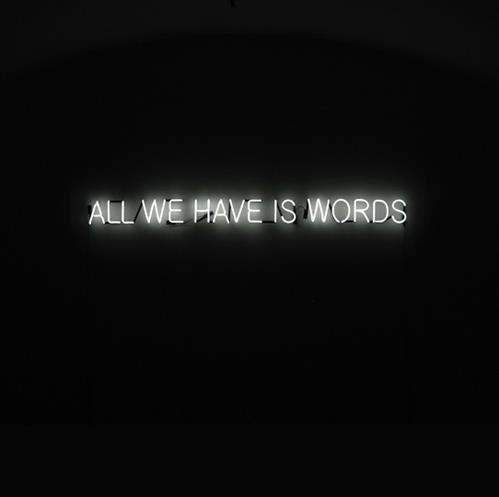 All I have is words

I used to dream of making my living as a writer. I used to dream I’d write the great Australian novel, or a J.K.Rowling style blockbuster. Maybe a screenplay that would sweep all the awards for screenwriting (on top of making millions at the box-office). But when your goal is such a high-stake one, there is always so much more to lose. My fear of failure paralysed me, so instead of just giving it a go (and perhaps not achieving these lofty ideals) it was much easier for me to pop these goals in the dream drawer. In there, my dreams achieved Schrödinger’s Cat status. Maybe I WAS capable of literary superstardom. Maybe I wasn’t. But what if I opened the drawer and discovered a dead cat…. well, I didn’t want to take that risk.

I no longer dream of fame and critical acclaim for my writing. I now write because I know that I feel like shit when I don’t. My purpose in life is a simple one. It is to put pen to paper. Thomas Mann said, “A writer is someone for whom writing is more difficult than it is for other people”.  And unfortunately, for me, that seems to be true.  But I’ll keep plugging away at this little lemon of mine until I construct a story that I can be a little bit proud of. And when I’ve done that, I’ll write another one. And then another. I’ll keep doing that until I have twelve complete short stories at the end of the year. A collection. And whether I get published or not, I’ll know I’m doing the best that I can to not squander my little gift. I’ll be taking it out of the drawer and unwrapping it from the cotton wool. I’ll be polishing it off, throwing it up in the air and drop kicking it as hard as I can.