In late 2012 my friend Svetlana was given a subscription to a music streaming service as a gift, from her husband Andrew.  One of the first new albums she discovered was from a band she’d never heard of called Bored Nothing.  I’ll let Svet describe her reaction:

“I have no idea what made me click on the Bored Nothing album, but doing so literally changed my life.  I became completely obsessed with it.  It was absolutely perfect in every way.   I listened to it five times a day for two months. I’d listen to it when I got dressed in the morning, driving in the car, hanging up the washing. I drove my family crazy. I probably drove my neighbours crazy too as I’d blast it through the speakers while jumping on the trampoline with the kids.

I kept thinking that if I were an indie movie, this album would be my soundtrack.  There was a song for every single mood I’ve ever experienced.   Elated, serene, sad or pissed off – I could find a track that matched my frame of mind.  It wasn’t just the music that I loved, it was also the incredibly thoughtful and poignant lyrics.

I asked my friends if they had heard of Bored Nothing and not a single one had.  Sadly, they were all listening to the same stuff they listened to ten years ago because they couldn’t find new music that they liked.  So I started a music blog – to help my old-fart friends discover new music.”

And that’s how the Australian music blog “7 Seconds Of Sound” was born.  The fifteen months I spent as guest writer on the blog were, creatively, some of the best of my life.  I love music and I love writing, so when Svet asked me to be a contributor it was a no-brainer.  The rewards were many.  The discovery of incredible new music that I would otherwise be oblivious to.  The opportunity to hone my writing (and interviewing) skills.  And a wonderful new way to bond with my gorgeous friend, Svet, whom I missed dreadfully.

Another, unexpected bonus was the chance to actually get to know some of the artists we were reviewing.  Both Svet and I got close to a couple of musicians, our admiration for them as musicians evolving into a mutual appreciation of each other as human beings.  I feel lucky to still be in contact with a couple of the people I reviewed, and to call them my friends.  But my experience pales with the rapport that Svet developed with Ferg.  They transcended the fan/artist bond that brought them together to form a true friendship (OK not BFF’s, but still, the type of friend you can message at 4am knowing they won’t get pissed off at you).  Svet describes meeting him for the first time, at one of his gigs:

“I was so ridiculously nervous. It was pretty comical considering I was a confident woman almost twice this dude’s age.  I just walked up and said “Hello, I love your music” suddenly stuck in a weird, awkward moment with my musical hero.  Shaking like a leaf, I told him how super nervous I was and he asked “Why? Are you about to take a test?”.  I laughed, but didn’t tell him it was because he’d been in my head for hours a day, every day, for months.

When the gig finished Ferg came up to me and Andrew, and we started chatting. He gave me a record of his self-titled album. I was so blown away by this. The artist that I was obsessed with was not just a great musician but such an incredibly lovely and generous person. I told him about my blog and asked if I could interview him, and he agreed.”

That was in early 2013. They did the interview and had a couple of drinks.  Over the next few years they sent each other emails and messages (yep, even at 4 o’clock in the morning) and had lots of diverse and interesting conversations at his gigs. 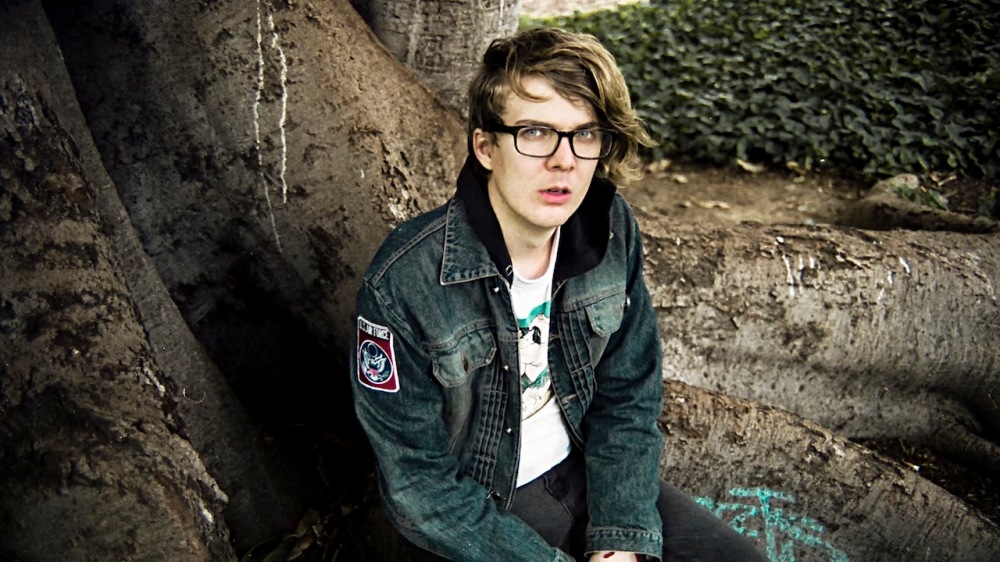 Earlier this month Fergus Miller, tragically, killed himself.  He was 26 years old, he was a beautiful person and he was an incredibly talented, self-taught musician who played almost every instrument on his debut album.  This ejo isn’t about his depression or about his suicide.  It’s about Ferg.  It’s a celebration of his spirit, which will always live on in his music.  It’s about making sure that as many people as possible can hear the songs that he gave life to.  It’s about music, and how it eclipses all the bullshit and rises above the pain of the person creating it (however excruciating), to become something that touches and connects people.  And perhaps even soothes their own pain.

Svet has, understandably, been devastated by Ferg’s death.  She cried for days after learning the terrible news from his wife, Anna (who must be utterly heartbroken).  The intensity of Svet’s grief caused her to be angry at herself though, reasoning that they hadn’t been close enough for her to have the right to be so sad:

“But after listening to his friends and family talk at the funeral and seeing all the touching tributes on social media, I understood my grief. Ferg was such a warm and sweet person. He gave so much of himself, through his music and his relationships with people, that even meeting him once felt like you’d known him for a lifetime.

We may not have known each other well but I will never forget his sincerity and kindness to me over the years. His music has played in my head pretty much every day since I first heard it in 2012. It inspired me to set up a music blog that resulted in some incredible experiences and connections with artists I respect and admire from all over the world.”

A regular series on 7 Seconds Of Sound was called “Give Me Five” where we asked musicians to talk about five songs of their choosing.  As a tribute to Ferg, I’ve asked Svet to select five of his songs, and to write a few words about each one.  I’d really love it if you would take the time to listen.

“My second post on the blog featured Bored Nothing’s “Bliss”. I love this video as it shows what makes Fergus so bloody special. Here was this dude who just wanted to make music for the love of it. He doesn’t look like he has tonnes of cash to buy the most expensive instruments or put together an extravagant and stupidly shallow video clip. He just obviously loves making music and is lucky enough to have awesome friends who help him make video clips.  Even if he had millions to spend, his video clips would probably still be the same as there’s nothing better than hanging out with your mates and a bunch of ducks in the backyard.”

“Get Out Of Here” – Bored Nothing

“Get Out Of Here” and “Charlie’s Creek” are definitely my favourite Bored Nothing songs. Both songs have a nostalgic beauty to them and flawlessly balance Ferg’s soft voice with quiet instrumentals. He is a great storyteller of sad tales of love. It just blows me away that he was probably about 20 when he recorded these songs and possibly much younger when he wrote them. Maybe it takes the confusion of adolescence to write sweet songs like these but so many people try hard to capture the bewilderment and uncertainty of that stage of life and fail whereas Ferg seems to be able to do it effortlessly.

“We Lied” – Bored Nothing

This film clip is a perfect visual accompaniment for this gorgeously wistful song. It was filmed during Bored Nothing’s 2014 European tour.  It’s serene and simple with no hint of boastful pretense of life on the road. It feels a bit voyeuristic watching it as you’re not just observing a band during quite moments on tour but you’re watching sweet and intimate moments between Ferg and his girlfriend at the time, fellow musician Anna Davidson. They were married not long after this video was filmed.

I once gave Ferg some completely unsolicited advice and luckily his gentlemanliness prevented him from telling me to get stuffed. I told him two things. The first was to definitely include subdued tracks like “Get Out Of Here” and “Charlie’s Creek” on his next album as the focus of those songs are his beautiful lyrics and his great vocals. The second piece of advice was to incorporate more cowbells in his music. Disappointingly, he never did the cowbell thing but after Bored Nothing broke up, the self-titled album for his next project Wedding Ring Bells was laden with softly sung, quietly played songs. Public Phone is my favourite track on that album, with its sweetly sung philosophical lyrics about love and the inevitability that it will end in bitterness and disappointment. It’s the perfect song to listen to while looking out the window on a rainy day.

Ferg’s friend Marcus Sellars put together an incredibly touching playlist for Ferg’s funeral. He included a lovely demo version of “You Win, Baby” that sounded like it was recorded in his lounge room. Ferg was playing this song to his friends for the first time and there was some funny banter between Ferg and his mates at the beginning, including his friend Catie saying she needed to put on her glasses so she could hear better. It was so nice hearing his laughter and listening to how relaxed and happy he was. For a moment I forgot where I was and then he started singing and it hit me yet again that Ferg was gone, at which point I completely lost it and broke down in tears. 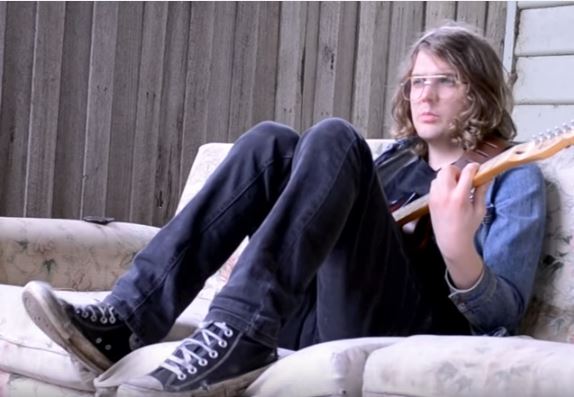 For nearly two and a half years 7 Seconds Of Sound has been on indefinite hiatus.  During that time I’ve applied gentle pressure on Svet, every now and then, to perhaps revive the blog, because I miss it.  In a way, now that Ferg is gone, it’s almost like the closing of a circle.  Even though I never met him, Ferg had an effect on both Svet’s life and mine.  His life was short, but his influence was wide.  Rest in peace, Fergus Miller.