Hello, my name is Chryss, and I enjoy drinking alcohol. In fact, I really, really enjoy drinking alcohol. And I think that’s OK. I’m not ashamed. I won’t go so far as to claim (as a fabulous friend of mine once did) that “I just don’t trust people who don’t drink”. But c’mon, they’re certainly not as much fun! There is something to be said for the shared experience of enjoying a well-made tipple – whether it be a fine glass of wine, a nicely balanced cocktail or an ice-cold beer on a warm summer’s day.

It’s funny how certain drinks go in and out of style. Chardonnay spent many years in the wilderness, before making a fashionable comeback. Gin too is enjoying a very popular resurrection, while the Cosmopolitan is now considered a little bit daggy and retro (albeit still a classic).

In the spirit world, tequila has drawn what I think is an unfairly short straw. I guess the reason is that so many of us chalked up at least one bad tequila experience during our misspent youths. Usually it involved the kind of tequila that comes with a little red hat on the bottle. Ugh!!! I remember quite well the epic evening that caused me to exile tequila for two long (tumbleweed-strewn) decades. Actually, I don’t remember the evening at all – but I do clearly remember the aftermath. There was pain, there was vomit, there was shame. Don’t pretend you don’t know what I’m talking about. You’ve been there.

But tequila is not just a drink young people employ to get drunk. Just like the more respected beverages of whiskey and wine, tequila has a spectrum of quality that ranges from paintstripper to fine libations ripe for enjoyment and appreciation. And just like those other forms of alcohol, fine tequila takes on flavours and nuances from its terroir and from the aging process. For instance, Extra Añejo is aged for a minimum of 36 months in oak barrels, and this process tends to mellow it, making it an enjoyable drink to sip. Don’t you even think about lick-sip-sucking Extra Añejo. In fact, don’t “slam” tequila at all. Ever. OK? Show some respect, please.

Now, just because I have come to appreciate tequila for the fine liquor it is, doesn’t make me a tequila snob. Not in the least. Actually, some tequila snobs might look down their noses at me because my favourite way to drink it is mixed in a margarita. It was this humble (though much-abused) cocktail that lured me back to tequila, after so many years apart. And I admit that when I first started drinking margaritas, my long-held disdain for tequila led me to drink some pretty, pretty bad versions. Margaritas sweetened with sugar syrup. Margaritas made with pre-made sour mix. Flavoured margaritas. Even writing these words makes me gag. Blech! I might not be a tequila snob, but I sure as hell am a margarita snob. And I have Las Vegas to thank for that.

David and I first went to Vegas in 2007. We were young and naïve, so we did the silly tourist thing of walking around with giant yard glasses of unnaturally bright green, slushy “margaritas”. The memory makes me cringe. Thank god then, that the next time we went to Las Vegas, in 2011, we met George, the bartender at Mesa, a restaurant in Caesar’s Palace. George’s margaritas were an epiphany, and drinking them opened up the world of tequila in a whole new way to me. He used Partida, a quality silver tequila (this, youngest style of tequila, is also the crispest and cleanest which makes it ideal for mixing in cocktails). He squeezed fresh limes to order. He added a “secret” ingredient* to the shaker before agitating it. He served the drink in a chilled martini glass. Without ice. In short, George blew my fucking mind. What was this drink? It was like nothing I’d ever had before. And just like that, George turned me into a margarita snob. As a memento, he also gave me the silver emblem that wraps with a piece of leather around the neck of the bottle; aka the Partida Spirit Bird. I still have it.

The Partida Spirit Bird emblem. I proudly wear this as a necklace. 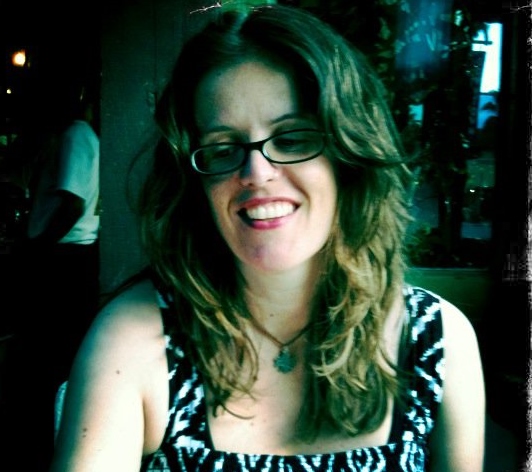 The lure of a quality margarita is so great, that when we went back to Vegas this year, we headed straight to Mesa looking for George. As luck would have it, he’d gone back behind the bar just a few days earlier, after spending the preceding three years working the floor of the restaurant. Perhaps there is a god. He made them for us and they were as good as we remember. The best margaritas. Ever.

The ultimate margarita. Time and time again. This one celebrated a poker tournament win.

Mystery Haight Street Bar – This is what a margarita SHOULDN’T look like. I mean, a mason jar??? Really???? The taste disappointed too. We stuck to Mexican joints from then on. Lesson learned.

Tommy’s Mexican – we waited six years for this pitcher of Partida margarita. And it was gooooooooood. 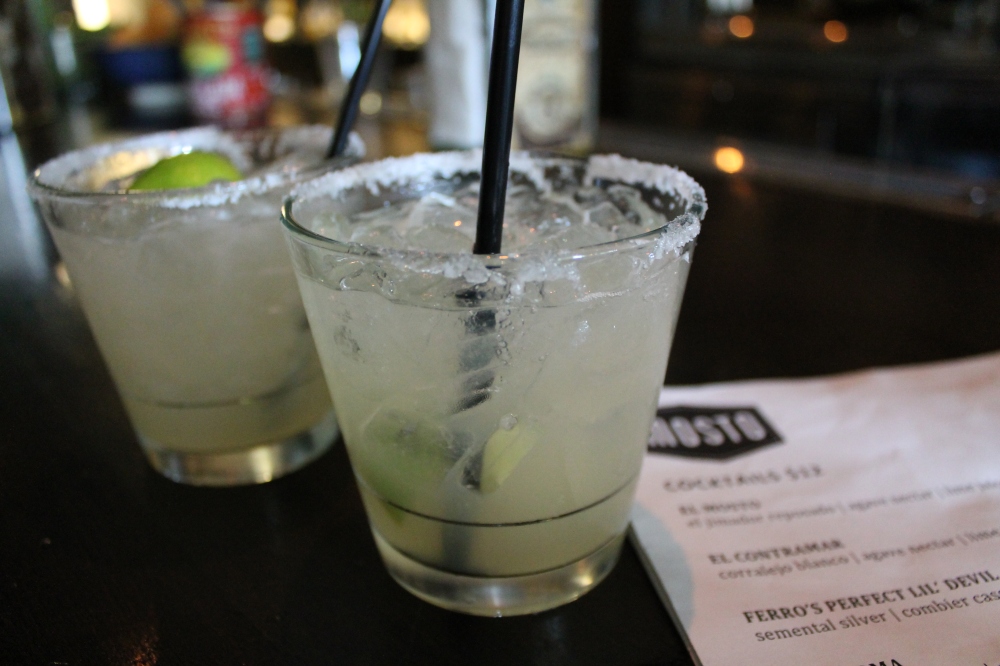 Mosto – We went back the next day when the bar was open and had some margaritas.

Mosto – You can’t make a margarita without fresh lime. Not in my book anyway.

Mosto – We also had some mezcal. Very popular right now. It was nice, but it wasn’t a margarita. 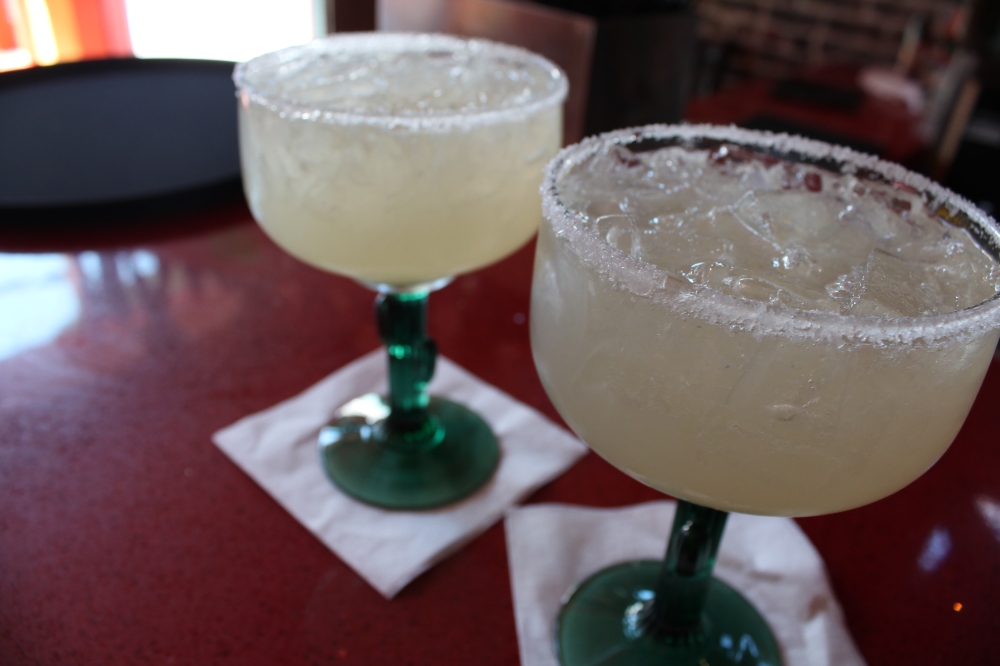 La Rondalla – This was a recommendation from a friend. They made the margaritas fresh (on request) and they made them good.

As a happy ending to this story, David and I actually bought some (rather elusive) Partida tequila whilst out one day in San Francisco (the fact that we lugged the five bottles, four strenuous miles home, up the vertical streets of San Francisco, just makes them even more special). Ever since learning from George how to make the perfect margarita three and a half years ago, we have enjoyed magnificent margaritas at home, usually made with Patrón or Don Julio (both very good tequilas). But now, people, NOW, we’ll be making them with Partida!!!! In any case, we will always have a toast to George!

* It’s a dash of water. Yup, a simple dash of water makes a world of difference to the final product. Try it sometime.